This movie is about ‘going out in style’, in more ways than one. Mister Pat, a retired celebrity-hair-stylist, is wasting away in a nursing home until he is called on to style a former key client and then arch-nemesis for her funeral.

Swan Song will appeal to lovers of great music (soundtrack includes: The Man That Got Away - Judy Garland, 1 Thing - Amerie, Dancing On My Own - Robyn), is a visual buffet for modern hipster artisans, and has layers of deeper meaning and understanding for those with true heart.

Make sure you push past the slow beginning, there is purpose in its pace. This is one of the most enjoyable films I’ve seen in years.

The weather is perfect for Deckchair Cinema’s opening night of Todd Stephens’ (writer, producer, director) independent 2021 film Swan Song. There is a light breeze softly swaying the golden light trellises between the tall native trees. Everyone here seems so relaxed and happy, the friendly chatter only just detracting from the lone bat meandering across the orange grey sky and one distant star.

This movie is set in Sandusky, Ohio, where Stephens grew up, and is based on the life of Pat Pitsenbarger (1943-2012). It opens with the banner ‘inspired by a true icon’, a glamourous Liberace-like polar bear of a man struts onto a theatre stage (pounding disco beats) like it’s the only place he ever really belonged. ‘Good Evening! I’m Mister Pat, and I’m back!’.

The lead, Udo Kier, is brilliant (best known for Europa, My Own Private Idaho, Blade, and Melancholia). Things start to happen for his character, Mister Pat, when he escapes from his nursing-home and heads towards his old beauty supplies store in town. 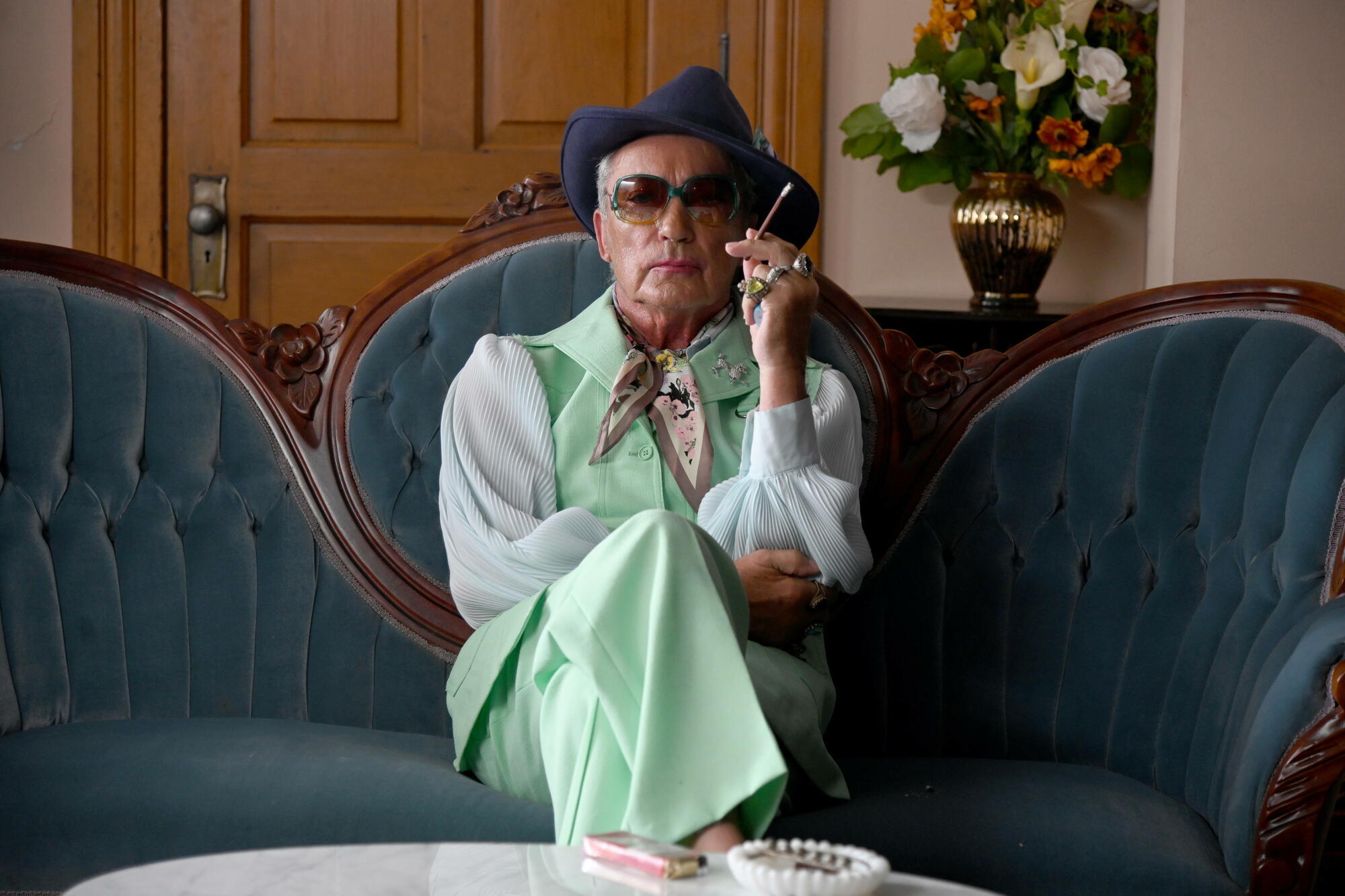 ‘I know what you’re thinking, how can someone

so flawless possibly be on social-security!’

After finding his way down the highway, meeting towns-people on the road, the local store, and in the towns square, we see Mister Pat build in confidence. ‘I know what you’re thinking, how can someone so flawless possibly be on social-security!’ he announces while buying cigarettes. Throughout the movie we see Mister Pat reconnect with the people that meant the most to him in his life.

The biggest issue with this film is that another of the same name came out in 2021, so don’t confuse the two. They are very different films. This is an independent comedic drama, the other was a sci-fi romance drama from Apple TV. Stephens also wrote the 1998 award winning cult movie Edge of Seventeen, about a teenager coming to terms with his sexuality (also filmed in Sandusky, Ohio), and wrote and directed Gypsy 83 (2001). Udo Kier won best actor for this film at the Dublin Film Critics Awards (2022), along with Best Screenplay and Best Male Lead at the Film Independent Spirit Awards (2022). It also won Best Film (Audience Award) at the Monte-Carlo Comedy Film Festival (2021) and at NewFest: New York’s LGBT Film Festival (2021). Stephens’ direction is masterfully honest. We see and feel everything Mister Pat experiences throughout the film, and we feel it deeply.

The acting is superb across the board. I found the performance of the lawyer Mr Shanrock (Tom Bloom) a bit jarring, but that did play into his character. Jennifer Coolidge (playing Dee Dee Dale) is unlike I have ever seen her before, with a true to life portrayal of a cut-throat hairdressing tycoon. At times, the tension between the lead characters is reminiscent of the final showdown scene in a classic western. This movie is full of real characters that help Mister Pat reawaken his true personality, finding joy in the exploration of a new challenge towards the end of his life. This is one of the most aesthetically beautiful films I have seen in a long time, which is matched by Chris Stephens’ hauntingly beautiful melodic original score. The cinematography, by Jackson Warner Lewis, creates many unforgettable scenes. The jump-rope scene with the neighbourhood kids is stunning. Ice-cream colours pop against the fading brick and asphalt of old Sandusky, while Amerie’s rolling hip-hop plays on their stereo (1 Thing, 2005). The whimsical red coffee wagon, flowing water fountain, and bright flowers in the city centre are a stark contrast to the worn store-fronts, sun-bleached homes, and the imposing town bank.

Costume designers Shawna-Nova Foley (The Hunger Games costumer) and Kitty Boots have created some outfits that almost become their own characters, and undeniably enhance the joy this movie brings. Throughout the film we see thoughtful, gorgeous, and real to life costuming and sets that are a pleasure to view and that stay with you long after you leave.

There are some shockingly stirring outcomes for Mister Pat on his journey that are truly worth the wait. I cried more than once, and only once through sadness. It is also exceedingly funny, with many laugh out loud moments. The worst part of the experience for me, was the two people across the aisle that continued to joke and laugh through the most heart-felt and poignant moments in the story. But there were only two.

Swan Song is thoroughly entertaining. I highly recommend it, and would give more than 5 stars if I could. 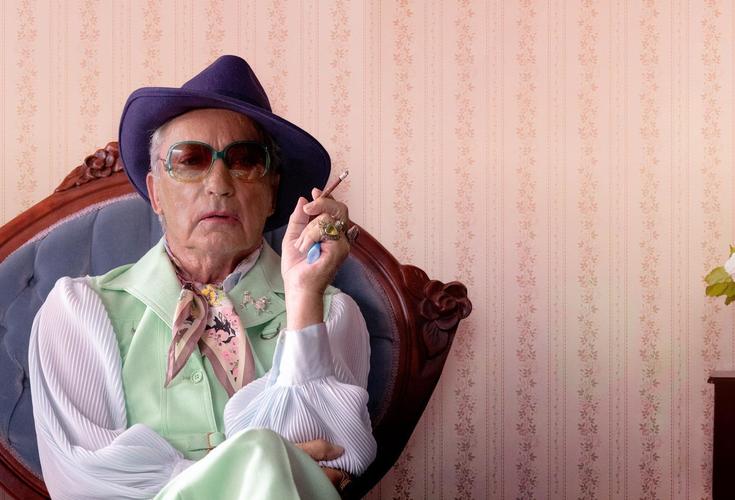 Legendary actor Udo Kier stars as retired hairdresser Pat Pitsenbarger, who escapes the confines of his small-town Sandusky, Ohio nursing home after learning of his former client's dying wish for him to style her final hairdo. Pat embarks on an odyssey to confront the ghosts of his past - and collect the beauty supplies necessary for the job. Swan Song is a comical and bittersweet journey about rediscovering one's sparkle, and looking gorgeous while doing so.

Legendary actor Udo Kier stars as retired hairdresser Pat Pitsenbarger, who escapes the confines of his small-town Sandusky, Ohio nursing home after learning of his former client's dying wish for him to style her final hairdo. Pat embarks on an odyssey to confront the ghosts of his past - and collect the beauty supplies necessary for the job. Swan Song is a comical and bittersweet journey about rediscovering one's sparkle, and looking gorgeous while doing so.
MORE / TRAILER 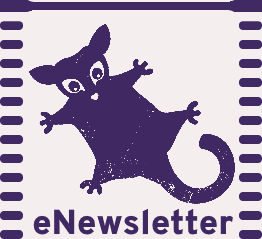 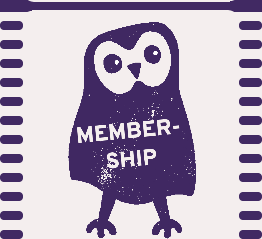 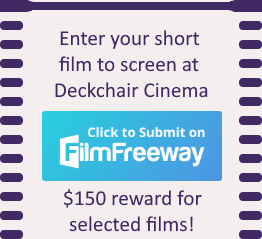 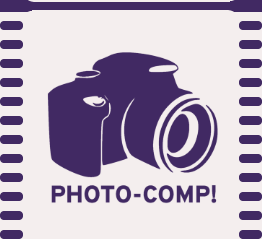